BLACK HISTORY – THE NEXT STEP 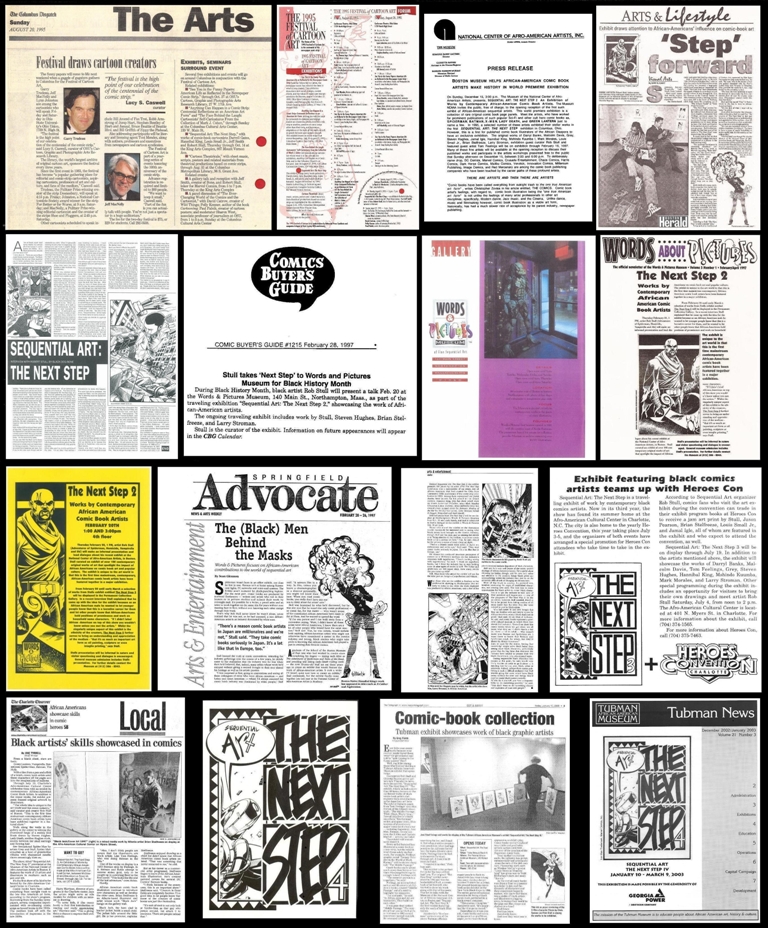 SEQUENTIAL ART: THE NEXT STEP was a first of its kind traveling exhibit spotlighting the contributions of African Americans to mainstream comic book art and popular culture.  It was created and curated by yours truly (Rob Stull) in 1994.  The exhibit’s mission was to increase the understanding, appreciation and awareness of sequential art.  The secondary aspect was to empower people of all ages and races, by bringing attention to the fact that talented artists of color not only work on characters like Batman, Spider-Man, JLA and the X-Men, but we also create, write, illustrate, produce and publish our own properties as well.  The Next Step debuted at The FESTIVAL OF CARTOON ART in 1995; an event organized by Ohio State University’s Cartoon, Graphic and Photographic Arts Research Library, which is the world’s largest archive of original cartoon art.  1995 marked the centennial celebration of the American comic strip and my exhibit featured the first ever gathering of comic book artists in the history of the festival.  From that beginning, The Next Step was featured at The NATIONAL CENTER OF AFRO-AMERICAN ARTISTS in Boston, The WORDS AND PICTURES MUSEUM in Northampton, MA, The AFRO-AMERICAN CULTURAL CENTER in Charlotte, NC and The TUBMAN MUSEUM in Macon, GA.  The exhibit traveled for a total of ten years and showcased over one hundred works of art by both independent and mainstream contemporary African American comic book artists.

Credit is given where it is due to anyone who ever participated or supported.  The Next Step IS Black History.  You were all a part of it.  And for that, I thank you…

One Response to BLACK HISTORY – THE NEXT STEP